We have 408 guests and no members online

Project 3354 - Renovation of the guest house

Hanga Monastery was founded by African Benedictines in Liganga in 1957. The monastery was transferred to Hanga in 1960, and established as an abbey in 1993. The community is part of the Sankt Ottilien congregation, a Benedictine missionary congregation founded in Germany. The monastery has 123 monks, including 5 novices and 32 temporarily professed.

The friars run a health centre, a primary and secondary school and a drinking water programme for the villagers. The brothers are very involved in supporting the population.

Hanga Abbey has a number of dependent houses, one of which is St Placidus Guest House, which is located in the Archdiocese of Dar es Salaam. The house serves as a hub for the monks of Hanga Abbey who travel to Dar es Salaam for various reasons, such as seeking visas, treatment in referral hospitals.

Religious and lay people are always welcomed in this house before travelling to the southern part of Tanzania where their Benedictine monasteries are located. Priests and religious from different parts of Tanzania are accommodated in our house when they come to Dar es Salaam. The house also accommodates disabled people who come to the national hospital for treatment, and orphans sponsored by religious communities.

The intention of this project is to renovate the hostel, which has never been rehabilitated since it was built in 2007. The rehabilitation will include replacing the sinks, replacing the old wooden windows with aluminium ones, replacing the cooling system, installing portable bathrooms, plastering and painting the whole building. 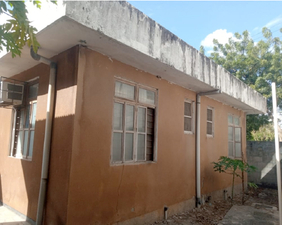 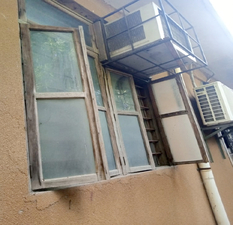