We have 355 guests and no members online 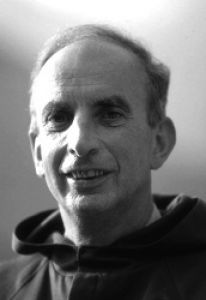 Before embarking on the main theme of this Bulletin, the AIM would like to announce with deep sadness mixed with hope, the death of a skilled and valued collaborator who worked for nearly twenty years in the service of the African communities. Sr Véronique Dupont, OSB, of the Abbey of Venières, has joined the Kingdom of the Father after a long and painful illness. Our prayer is linked to that of her family and her monastic community. A record of her principal activities in the monasteries is to be found elsewhere in this Bulletin.

The disastrous floods and earth movements in China have drawn the attention of the whole world to the human dramas which have resulted, forcing so many of the inhabitants to lose their homes. The Congregation of St Ottilien has called on its supporters to help the victims of the catastrophes and to finance the reconstruction of a home for elderly people run by the Benedictines in the city of Shuanghe near Jiling. For many years China has been known as the Empire of the Centre. In our day it contains and is surrounded by Christian and monastic communities. The many contacts of the Benedictine Commission for China are responsible not only for study-grants and visits but also for many contacts with the Chinese Church. We had hoped to publish more news about Christians in China, but circumstances and publishing deadlines have limited us to four important articles.

Archabbot Jeremias Schröder traces the main outlines of the history of Benedictine presence from the arrival of the Trappists at Yang Jin Pang in 1883. This includes also the establishment of the University of Fu Yen at Beijing by the monks of the American Cassinese Congregation, the presence of missionary Benedictines of the Congregation of St Ottilien in North Korea and Manchuria from 1909 onwards, the foundation of a monastery at Xian by the Abbey of Saint-André of Bruges, subsequently transferred to Chengdu in 1943. Sr Baulu Kuan and two of her fellow-sisters present the current situation of Catholic religious sisters and their activities. Sr Luca Chin describes the establishment of their community in Taiwan. She also stresses the similarities which link biblical texts to Confucius: hospitality, harmony and truth are valued. The Camaldolese Fr Joseph H. Wong makes a profound study in favour of dialogue between Christians and Taoists, underlining certain parallels, including tranquillity, weakness and simplicity.

Photographs taken this year by Sr Gisela Happ, OSB, show one of the Taoist temples at Shanghai. In the face of unprecedented economic development, the population of China is also ready for an interior dimension which can give meaning to each individual’s existence. A new dawn heralds an openness to the gospel message, and more particularly to the way Benedictine monks live it in community by prayer and work.

On the Feast of the Assumption this year Mgr Songa-Songa, Archbishop of Lubumbashi in Kinshasa-Congo, celebrated a Eucharist of thanksgiving for the hundred years of Benedictine presence in Matanga of the missionary monks of Saint-André of Bruges and of Clerlande. P. Godenir, who was one of the pioneers of this missionary and monastic initiative briefly traces the history of this great adventure.

In India a Colloquium on P. Henri Le Saux, celebrating the centenary of his birth, must be mentioned. Sixty years ago this great monastic figure contributed with P. Jules Monchanin to the foundation of the Ashram ‘Saccidananda’ of Shantivanam.

Further news has reached us of the meeting on the theme of formation at Matutum on the island of Mindanao in the Philippines, and of the meeting of the French-speaking Superiors of West Africa.

We have also received an exceptional account of the Christians and monks in the south-east of Turkey. It emanates from Brother Sabino of the community of Bose, who has a remarkable knowledge of Syriac and oriental monasticism.