We have 147 guests and no members online

I. Renewal of Monastic Life in the Monastery of Åsebakken

On 8th December, 2008, five Benedictine nuns from the Abbey of Campos do Jordão (Brazil) renewed monastic life in the Priory of Our Lady of Åsebakken - in Danish Vor Frue Kloster – 45km north of Copenhagen (Denmark). 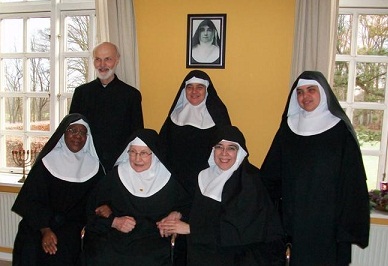 This first monastery of Catholic contemplative nuns in Denmark since the Reformation was founded in 1914 by the nuns of Perpetual Adoration from the monastery of Innsbruck in Austria. In 1936, with the help of a few nuns from the Abbey of Frauenchiemsee in Germany, the community became Benedictine, and in 1942 moved to Åsebakken. In 1948 five Danish and Swedish nuns set off for Brazil at the invitation of the Archbishop of Uberaba, where they founded a monastery which became the Abbey of Nossa Senhora da Gloria. In its turn this abbey founded the Abbey of São João, in Campos do Jordão, both belonging to the Brazilian Congregation. In 1988 the conventual Priory of Åsebakken was incorporated into the Beuronese Congregation.

Since 2006 three nuns of Campos do Jordão, at the invitation of the Priory of Åsebakken, had joined them in order to bring fraternal help to the three last Danish nuns, who were well advanced in years. Because of the lack of vocations and without any clear prospects for the future, the President of the Beuronese Congregation, Abbot Albert Schmidt, wrote in December 2006 to Mother Myriam de Castro OSB, Abbess of Campos de Jordão, to raise the matter of Åsebakken, and ask her what the possibilities would be of sending Brazilian nuns to revive the almost dying monastic life there. In order to revive the only Benedictine community in Denmark – there is also a flourishing Cistercian community in Sostrup – the community of Campos do Jordão very willingly and joyfully agreed to perform this service for their Danish sisters. In July 2009 Abbot Albert came to Campos do Jordão to work out with Mother Abbess Myriam the conditions under which this help could be given.

For practical reasons Mother Tyra Antonia Andersen OSB, Abbess of Mariavall at Tomelilla (Sweden), while remaining Abbess of her own monastery, was nominated Prioress of Åsebakken for a period of three years, helped by a Brazilian sub-prioress. The five Brazilian nuns are completing their period of adaptation and assimilation of Danish history and culture, as well as the local language.

The monastery is a place of national Marian pilgrimage, for the statue of Our Lady of Åsebakken, patron of Denmark, is venerated in the church of the conventus.

On 27th February, 2009, the Holy Father Benedict XVI nominated Dom Orani João Tempesta, O Cist, as Metropolitan Archbishop of Rio de Janeiro. Born at São José do Rio Pardo, he made his monastic profession at the Abbey of Our Lady of São Bernardo in the town of his birth, and became its first Abbot. Ordained bishop for the diocese of São José do Rio Preto on 25th April, 1997, in October, 2004, he was promoted Metropolitan Archbishop of Belém do Pará, an office he held until his new translation. On 19th April, 2009, Sunday of the Divine Mercy, he was installed in the Cathedral of St Sebastian, Rio de Janeiro. 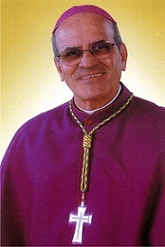 On 1st July, 2009, Mgr Antonio Fernando Saburido, OSB, was nominasted Metropolitan Archbishop of Olinda and Recife. Born at Cabo de Santo Agostinho, a village very near Recife, he entered the Abbey of São Bento at Olinda and there made his profession as a Benedictine and received priestly ordination from his illustrious predecessor Dom Hélder Câmara, who was at that time archbishop. Ordained auxiliary bishop for the archdiocese of Olinda and Recife on 20th August, 2000, he was translated to the diocese of Sobral in May 2006, where he remained until his recent translation. On Sunday 16th August, 2009, he was installed in the ancient co-cathedral of the Mother of God in Recife.