We have 175 guests and no members online

The Cistercian John Wilem Gran, Norwegian in origin, of the Cistercian monastery of Caldey in Wales was bishop of the Catholic diocese of Oslo from 1964 to 1983. 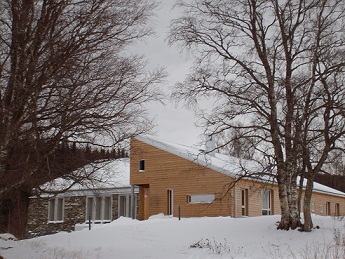 In 1967 a Trappist monk of Spencer in the United States, Fr Robert Andersen, took up residence in the mountains of Telemark in the centre of the country to live as a hermit. After a few years another brother, Estonian, came to join him, then a Lithuanian. This little community is now settled in a very wild and remote position, overlooking Lake Tinn on the site of an old farm. The Abbot of Diepenveen in Holland assures the link of this monastic cell with OCSO.

In 1998 the nuns of Our Lady of Mississipi in the United States came to settle at Tautra in Norway, a little island in the great fjord of Trondheim, where there had already been a Cistercian monastery in the twelfth century. The ruins are still visible. The formal foundation took place on 25th March, 1998. In 2006 the foundation became a simple priory. In the same year the sisters settled in their new monastery, a work of modern architecture which has won several important prizes. Its situation has brought many visitors to the monastery and the nine sisters, most of whom are American, find a great opening there. They are well known in the country and celebrated for their soaps and creams of high quality. Their immediate father is the Abbot of Roscrea in Ireland.

Since 2004 members of the Cistercian Order from Poland have settled in Storfjord near Stamsund at the level of the Arctic Circle in the islands of Lofoten. The monastery, ‘The Queen of the Fjords’, is directed to pastoral activity by animating the local Catholic parish, and to hospitality in
this popular tourist region. It does not at the moment look as though the little community, comprising officially only two brothers, can realistically maintain a presence in the locality.

On 14th September, 2009, four brothers from the Abbey of Citeaux settled in Munkeby to begin Cistercian life as a prelude to a foundation, as reported elsewhere in this Bulletin. 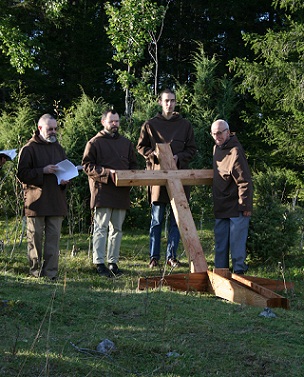