We have 125 guests and no members online


It is already almost a year since monastic life began again in La Bouenza, which was abandoned between 1998 and 2008 because of the wars in the Congo and their consequences. 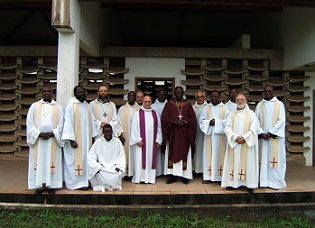 The feast of the Immaculate Conception, on 8th December, 2008, was chosen for this re-foundation. It was in fact the patronal feast of the monastery and the fiftieth anniversary of the first foundation in 1958. Besides the Abbot President of the Subiaco Congregation, P. Bruno Martin, on whose authority the re-foundation was being made, and the Abbot of La Pierre-qui-Vire, the Abbots of Koubri and of Dzogbégan were also present. The Episcopal Conference of the Congo were present almost to a man, to underline the importance which they attached to this event. Mgr Portella, Bishop of Kinkala and current president of the Conference, who was already very close to La Bouenza by reason of its tortured history, presided the celebration.

This re-foundation was entrusted to five brothers, four previous members of La Bouenza and a postulant. The task was to revive monastic life in this place, largely devastated and pillaged during the war, and then practically abandoned for a decade, gradually to rebuild the plant, if possible to re-start economic activities which would allow the community to sustain itself, but first of all to live community life and celebrate the Liturgy of the Hours by day and by night.

It is impossible to think of this re-foundation without linking it to its past. The monastery of La Bouenza had been founded in November 1958 by three brothers from the Abbey of La Pierre-qui-Vire, at the request of Mgr Fauret, then Bishop of Pointe Noire. Very soon, in addition to its properly monastic role, the community took on pastoral responsibility for the population of Bouansa, for whom it subsequently built the present parish church. On the level of health it had also to help the local population, which had been left practically devoid of any medical assistance. P. Dominique, one of the three founders, known in the country by the name ‘Ya Dom’ right at the beginning found it necessary to create a care-centre, which progressively became a state-recognized dispensary with local nurses and a doctor at its head, of whom the first, P. Damien, was a monk of La Pierre-qui-Vire.

To provide the necessary medicines for the local population at a moderate price P. Dominique created a small pharmaceutical laboratory, which experienced an astonishing success. In the course of the years it was developed and improved by French pharmacists as volunteers, recruited by the Délégation Catholique pour la Coopération, and devoting to it their period of national service. It was progressively recognized and accepted by the National Direction of Health in the Congo. At the time of the political troubles it was the sole pharmaceutical laboratory in the country, providing some forty basic products in the form of syrups, lotions, and pastes, sold throughout the country, mostly in parishes and religious communities, at prices distinctly lower that those at which medicines could be bought at the classic outlets, either French laboratories or local pharmacies in the country. 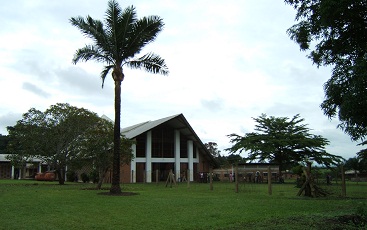 The monks made and prepared some thousand products a day. It was their principal economic activity, together with a pharmacy and a chicken-farm of 3,000 laying hens. In order to remain centred on its properly monastic vocation the community was compelled progressively to withdraw from responsibility for the parish and the dispensary. On the other hand, right to the end it retained the laboratory and the pharmacy, whose running was more compatible with monastic needs.

We are today the heirs of this history. The fact that one of the chickenruns has remained more or less serviceable suggested to us to begin again a small breeding project. Last May we bought 300 chicks. In mid-October sales began. But we are aware that in order to develop this activity and make it viable, and even more to secure it against the unpredictable variations in foodstuffs and the difficulties of communications, we must become self-sufficient, as far as possible ourselves producing maize and soya and our own foodstuffs. We are already working towards this.

We are, however, thinking also of re-launching the great project of the laboratory. The local population is clamouring for it. With the precious help of La Pierre-qui-Vire we have begun making representations to professionals who can help us in the approaches to be made and the acquisition of the materials necessary to take up again at least a part of the activities of the former laboratory. As a first step we would like to limit ourselves to the production of the few syrups which gave the laboratory its reputation, ngolo menga, kosso kosso, missiete and a few others.

We should mention that the little starting-community has been strengthened. To the four monks and one postulant have been added two brothers who began a postulancy at the monastery of Dzobégan. They reached us at the end of July, and the three postulants began their noviciate on 14th September. With the help of God and the prayers of many people one step has been taken during this year towards renewing monastic life. Many more steps remain to be taken. We entrust them to all those whose hearts are in this project of La Bouenza. 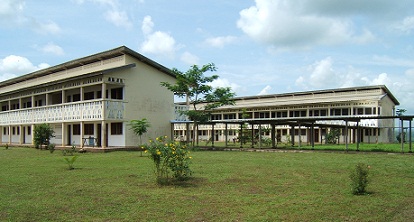