We have 254 guests and no members online

When fragility becomes promise of renewal

When fragility becomes promise of renewal

Elena Lasida is an economist. She teaches at the Institut Catholique of Paris and is in charge of the mission for Justice and Peace in France. The text of this article is drawn from a lecture which she gave in March 2015 at a conference of religious institutes which were undergoing difficulties. She opens up unexpected avenues to the future which may be applied to the whole of the religious life and from which our monasteries can draw great profit.

The expression ‘ineffective’ characterises fragility and uncertainty about the future. However, fragility is a constitutive experience of human existence. I react to the ineffectiveness of institutions on the basis of my own experience of fragility. My structural fragility is marked by an ‘in-between’ experience, a situation which is always uncomfortable, and which compels me to look for some permanence of equilibrium. In my case this ‘in-between’ has three forms:

• A cultural in-between: the fact or my double belonging to Uruguay, my country of origin, and to France, my country of welcome. I cross the frontier between these two countries every day even without moving. In each country I am partly a foreigner, in France because its history will never be mine, and in Uruguay because I no longer share its present state.

• A disciplinary in-between: I am an economist, interested by inter-disciplinary dialogue, and especially the dialogue with theology. Being between the two disciplines means belonging wholly to neither of them, and to find oneself often at the margin of theoretical bodies.

• A professional in-between: I am between the world of the university and that of those whom I encounter is my mission for Justice and Peace. Between thought and action, between theory and practice, I am between two worlds which often mistrust one another.

I will share my reflections on fragility on the basis of this personal experience of in-between, which creates a fragility because one always feels a little alien. This alienation imparts a particular experience of otherness.

I propose to tackle the question under three different headings:

A positive approach to fragility

I would like to propose a different aspect of fragility. My reflection is nourished by the experience of L’Arche of Jean Vanier. I am conducting a study with this organism to evaluate the social value of the association. One could think that its social usefulness is evident from the fact that L’Arche welcomes people with a mental disability. But social usefulness is normally assessed not by ability to fulfil social needs but by the way the association contributes to the good of society as a whole. One of the pillars of the project of L’Arche is to put fragility at the centre of communal living. There is no attempt to hide it or to cure it – and of course, it is a question of irreparable fragility. Far from it! The community is based on fragility, and does not exist despite fragility. Thus the positive effects of fragility come to view. I would like to underline three of them: 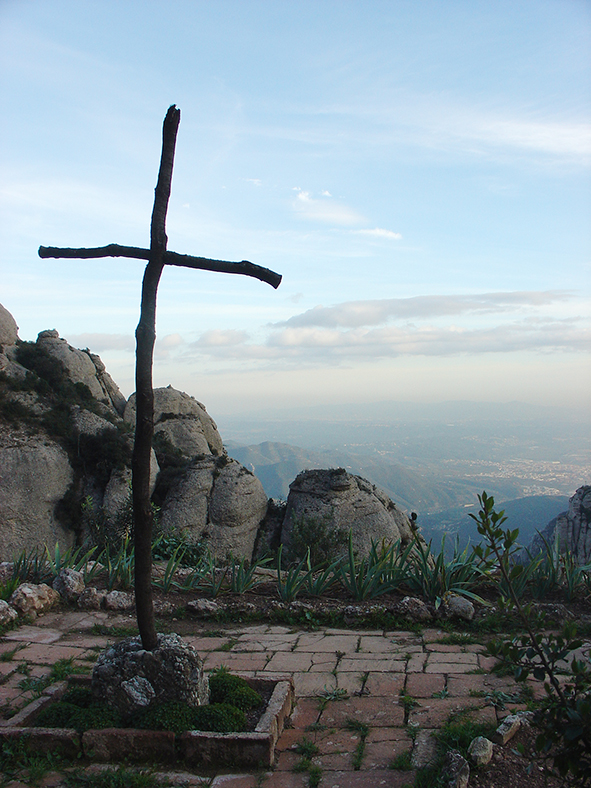 • Fragility disarms violence. An illustration: in a psychiatric hospital there was a patient very large and very violent. He was always looked after by well-muscled nurses. One day a small and slight nurse volunteered to look after him. The patient, who always reacted violently, did not know how to react to someone who appeared much more fragile. Force provokes force. Weakness changes the logic.

• Fragility recalls basic need. This need is permanent. Fragility reminds us of our radical incompleteness, and this incompleteness pushes us to go ever further. To fulfil this need is to stop and so to die. The basic need is what keeps us continually in movement. In a world in which we believe that we can control and master everything fragility reminds us permanently that there is something greater than ourselves, which transcends us and leads us forward.

Confronted with fragility two attitudes are possible. If we see only its negative side we attempt to remedy it, that is, to suppress it. But if we believe that it can issue in a radical novelty, it is a question of making the void fruitful. These two attitudes are associated with two terms used by Hannah Arendt:[1] fabrication and creation. Included in the attitude of fabrication is ‘repair’: one knows the desired result and sets about using the means necessary to achieve it. To creation corresponds ‘fertility’: one does not know beforehand what will happen, and one leaves room for the generation of a radical novelty. 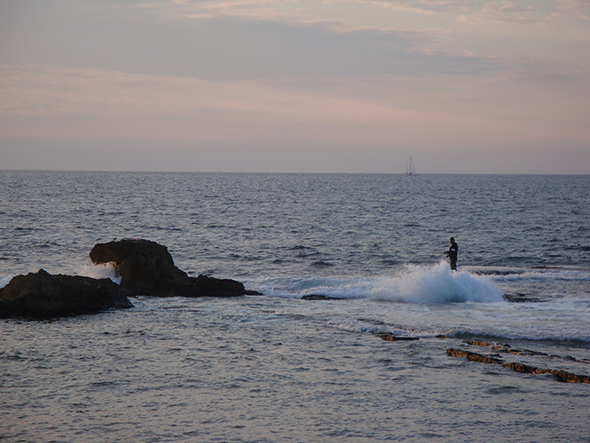 On the basis of the positive approach to fragility it is possible to think our institution afresh. In society as we know it, the institutions around which communal life is organised are in crisis: the state, school, family, etc. The threat of disappearance which lies heavy on religious congregations touches also the generality of our institutions. Re-thinking the institution on a new basis is a general challenge to our societies. If religious congregations take the first step in this movement and opt for fertility rather than repair of institutions, this could be prophetic for the world. Congregations have been pioneers in education and health. Perhaps today they could be pioneers in imagining radical new forms of institution.

In Justice and Peace we have begun a reflection on the institution based on fragility. Here are a few factors which emerge from the reflection and could perhaps serve to renew religious institutions.
In every institution there should be three functions:

• Permanence – a project must last, have continuity
• Legitimacy – to give the project a common identity
• Framework – to give a framework of routines for organising shared action.

When these three functions are conceived in terms of power they can produce opposite effects:

To avoid these negative effects a little fragility needs to be injected into the institutional logic:

• Thinking of permanence in terms of continuity and renewal presupposes a transition from the logic of power to that of fertility. Rather than asking how the institution can be preserved, we need to ask how the institution can produce life. Instead of preserving and protecting, it is a question of engendering and creating new life.

• Thinking of legitimacy in terms of shared identity and diversity presupposes a transition from the logic of control to that of alteration. Rather than stifling differences in order to squash them into a mould, it is a question of bringing them into dialogue in order to build unity rather than uniformity. Rather than defining identity by a shared past, it is a question of conceiving it in function of a future of shared construction, a future which will be not a repetition of a shared past, but the emergence of a radical novelty.

• Thinking of framework in terms of routine and individual paths presupposes a transition from the logic of imposition to that of adaptation. Rather than imposing a precise way of acting, it is a question of each and every member bringing their own talents into play. This framework is needed in order to develop the individuality of each member around a shared project.

Such adjustments introduce fragility into the institution, but in so doing they open the possibility of the emergence of a radical novelty. An institution characterised merely by the repetition of the same model is a dead institution. Confronted by the changes of the world as it is, the institution is called to regain some flexibility in order to continue organising collective life. It is fragility which can provide this necessary flexibility. 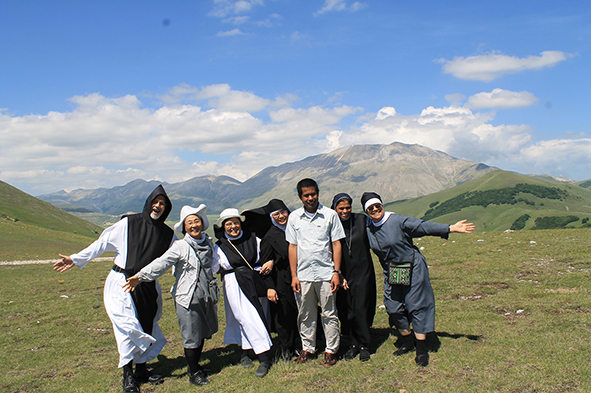 Frail institutions are today facing a situation of extreme fragility. But this gives them more liberty to ‘let go’ and make room for something new. These are institutions which are still functioning effectively and much more constrained to maintain this continuity, while frail ones can cut their losses and concentrate on inventing. To help this I propose three questions which could help to develop a perspective of imagining a new possibility for religious life.

• What are you trying to make permanent, the institution or its life-force? The attempt must be made to focus on what makes the institution live till now, and what should be saved in a new form. In order to do this it is not enough to focus on the charism. A charism is described in terms of the language and challenges of a particular era. How can the charism be expressed in the language and in function of the challenges of today?

• What are you prepared to let go? Religious life is based on community life and the vows. How can the importance of
‘communion’ be highlighted through forms adapted to life today? How should fidelity to a choice of life be conceived in ways corresponding to different forms at each stage of a human life?

• What are the places where seeds of novelty are visible today? What spaces, what partnerships, what relationships are today signs of a new possibility.

By way of conclusion, and especially as an invitation in the face of the uncertainty of the future for us and our institutions, I adopt the fine Turkish proverb, ‘Nights are pregnant and no one knows the day which will be born’. If, confronted by the night, we fall back on what is familiar to us, we will surely disappear with the relic to which we are attached. If, on the contrary, we are prepared to ‘let go’ and from today set about making possible the genesis of something new, we will disappear in the knowledge that the new thing, which will be totally different from what we have known, and whose completion we will certainly not see, has been sown by the essential elements which have given us life.

[1] Hannah Arendt, born in Hanover on 14th October 1906, died in New York on 4th December 1975. She was a philosopher known for her work on politics, totalitarianism and modernity.