We have 249 guests and no members online 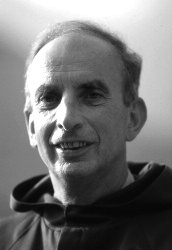 At the time of the jubilee of the AIM celebrated at the Abbey of Ligugé in November 2011, the conferences and the film ‘Si loin si proche’ recorded the services rendered by this organisation at the request of the monastic orders[1]. Regular visits to isolated communities in Africa, in Latin America and in Asia have taken pride of place. AIM has also effected numerous contacts between monasteries and has contributed to the creation of regional and national networks. Networks which could be qualified as ‘bridging’ link the communities of different orders within a single territory.

In this last editorial, at the end of 45 issues of the Bulletin, published at a rate of three issues each year, I am glad to stress the multiple networks which continue to be developed at the heart of our monastic communities. The two poles of autonomy and communion are linked in a more concrete and realistic way in the light of the history and evolution of each order and each Congregation. The story of the Benedictine sisters has shown a new dynamism through the Communio Internationalis Benedictinarum (CIB). This tendency stresses the value of sharing, which complements the instinctive desire for autonomy, and responds to the call of Pope Francis. The Holy Father has made clear that the Risen Christ knocks on the door of each one of us from the inside, calling us to open ourselves to the troubled world of our time: prayer, sensitivity, presence and action alike all bear witness to it according to the charisms, personal and community, which each of us has. The three examples offered by the Benedictine Women speak for themselves: the huge rubbish-heaps of Manila, nicknamed ‘Smoky Mountain’, the Road of Slaves at Ouidah in Benin, and a pedestrian checkpoint into Palestine.

There can be no doubt that change is continuously accelerating in the world, transforming our economies and our societies. Our monastic communities also are profoundly influenced by wars, conflicts, economic crises (Central Africa, Syria, the Middle East, drug cartels in Latin America providing money and corruption). In our time the fluidity of economic and social factors constitutes an invitation to creativity, to respect for human values and to help for the destitute. Deep respect for the autonomy deserved by each community does not cancel out the need to work for solidarity in a new and creative way. This observation is presented in this issue from different angles touching the concept of autonomy, the precariousness of monastic life today, the sense of community, the formation-course organised in Nigeria, new ways of sharing among the Cistercians of the Common Observance in Vietnam, life in Peru, in Bouaké on the Ivory Coast, and most recently in France and Belgium by the Ananias course for formators of French-speaking monasteries. The history of the West is instructive, and it is useful to remind ourselves of the creation of the concept of an Order, and of reforms such as those of St. Benedict of Aniane, of Cluny and of Cîteaux. Three major reports convey the events of the most recent Congress of Abbots at the heart of the Benedictine Confederation, the Cistercian family, ‘a community of communities’, and the International Communion of Benedictine Women already mentioned.

Let us thank God for the multiple networks of formation and life which continue to develop in our world in the spirit of the first Christian communities where, under the influence of the Holy Spirit, koinonia found its beginning in the Risen Christ.