We have 591 guests and no members online

In the shade of the Word

In the shade of the Word

IN THE SHADE OF THE WORD

A nun shares with us the rich experience which her community lives: to take root again in the Jewish tradition in order to understand better the wealth of the Word of Jesus in the Gospel. 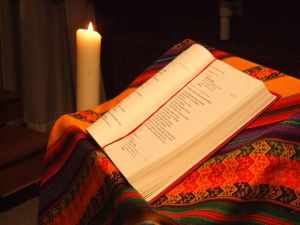 Our community has been led step by step along a road unmapped. In 1953 we began with the desire to live a simple and poor life, alert to the Word of God, in the school of the Fathers of the desert, just as St Benedict invites us to do at the end of his Rule.

In the context of the years of and after the Council we worked out a liturgical Office constituted by prayers of different liturgical traditions (Syrian, Byzantine, Latin) and by texts of the Fathers of the Eastern and Western Church. After that we invested in listening to the Jewish reading of the Bible. We also had the opportunity to participate in various sessions which allowed us to receive Jewish teaching directly from teachers such as Colette Kessler, Armand Abécassis or Gilles Bernheim. All these lectures and meetings allowed us to discover gradually the biblical roots of the Gospel, not only at the level of the text of the Old Testament, but also at the level of the oral tradition and commentaries unknown to us.

For us this was a journey of gradual discovery, which has been progressing for forty years. Under the influence of the liturgy – for certain Christian feasts have roots in Jewish feasts – and scriptural commentaries (midrash, targum, modern commentators) we are assimilating little by little, and still only very partially, the Jewish way of reading the Bible. The heritage received from the Jewish people is not only a book (which we call the Old Testament) but also a way of reading the book. The Jewish people conceive themselves not as ‘the people of the book’ but as ‘the people of interpretation’. The first language of the Bible is Hebrew, a consonantal language like all semitic languages. The vowels are added according to the oral tradition; it is the consonants which constitute the revealed text. This means that several readings of the Bible are possible, that the reading of the Bible is ‘an infinite reading’ (David Banon[1]), a reading without end. Even if in the tenth century the weakening of knowledge of Hebrew caused the Massoretes to fix a certain vocalisation in writing, the reading still remains open. That is why a translation of the Bible is never more than one possible reading.[2]

For the rabbis the reading of the black letters of the Hebrew text can never be dissociated from the white spaces around them, that is, from the Breath of life which animates them. In some way this Breath is reconstituted by reading aloud and by the commentary which this reading arouses. In the Talmudic schools (Yeshiva) two students face each other and read together, questioning each other. The Word makes a relationship and takes life in the reader. Equally, in the New Testament the words of Jesus are enriched in the oral context of the tradition of his people. ‘The words that I have spoken to you are spirit and they are life’ (John 6.63). Ignorance of this context can sometimes involve literal readings which would fail to make sense.

Thus the Jewish reading of the Scripture teaches us a certain relationship with the text at once very demanding and very open. It teaches us to question the text, remaining always very attentive both to the literal meaning and to the rich plurality of sense which every Hebrew root affords. This richness can give the impression of great liberty of interpretation. However, Jewish exegesis knows rules of interpretation which can be disturbing, but which guide an intellectual discipline and an interior attitude of remaining alert to the revealed Word: ‘Pay attention to how you listen’ (Luke 8.18). We discover that the relationship between the Old and New Testaments is not only a literary and textual relationship (in the sense that the New Testament quotes the Old). We must open ourselves to a different mentality, to a universe marked by the semitic way of thinking. It is a way of thinking closely linked to the concrete realities of human life, and at the same time a perception which remains open and silent, alert to the mystery of life and to the Mystery of our salvation.

Because of the vicissitudes of history[3], the Church has progressively lost the living link to the tradition of the Jewish reading of the Bible. Because of this, Christian reading had the tendency to pass too quickly to allegory, to spiritualize the text, removing its weight of incarnation.[4] The antagonism between Synagogue and Church encouraged a substitutional reading in the Church.[5] However, the Jewish reading is a wholly incarnate, existential reading. From this point of view one can say that the Bible reveals as much about humanity as about God. A better understanding, not only of Jewish exegesis as such, but also of the form of the underlying thought, can thus renew the reading of the Gospel.

The Church which was born on the day of Pentecost is the heir of this tradition. That is why for us Christians the Old and the New Testament form a single book, a single Word of Revelation. In fact the Bible is a library, a collection of different Books. From one Book to another there is a reading and a re-reading of a single reality, creation, salvation, etc. Scripture comments Scripture, one verse throws light on another. In the Christian liturgy the lectionary for the Eucharist and for the Liturgy of the Hours reads and re-reads the Scripture, ‘stringing together like pearls’ (a rabbinic expression) readings from the Pentateuch, the Prophets, the Apostles, the Gospels, according to different liturgical rites.

An example will make it easier to understand the fruitfulness of this reenrooting in the tradition of Israel.

The Sabbath is one of the main symbols of the Alliance of the Jewish people with their God, after the circumcision. The Hebrew word shabbath does not mean ‘to rest after finishing work’ but rather ‘to stop a task, deliberately leaving it unfinished’. In modern Hebrew the word can mean ‘to go on strike’.

Of course Jewish commentary on this verse is abundant, explaining what is allowed on the Sabbath and what is not, and in particular when it is permitted to break the Sabbath (especially when a life is in danger, as Jesus recalls in the Gospel, Mark 3.4). God blesses and sanctifies this day by deliberately ceasing from his work of creation so that man may complete it – ‘so that it (his work of creation) should be completed’ – by his free response of love, by entering upon the Alliance.[6] This is why on the day of the Sabbath God ceases to work and somehow withdraws to give man the space and time for his answer. But on this day also man ‘ceases from work’ to consecrate himself more fully to prayer, to the study of the Law and to his relationship with others. On the seventh day man stops his activity of the six days of the week to ask God to provide the fulfilment which he alone can give, but which he will give only in answer to man’s free request. There is a sort of mutual disengagement between God and man which is at the heart of the Alliance and which alone can lead the work of creation to its fulfilment.

This commentary on the Shabbat gives the basis on which the discussions between Jesus and his people on the subject of healings and other Sabbath-activities occur. They are inseparably cures of both soul and body, restoring and completing creation. This perception of the Shabbat also gives a depth and point to the Christian celebration of Holy Saturday. On that day the Byzantine liturgy continuously sings, ‘This Sabbath, blessed above all others, is the time when Christ is at rest to rise on the third day’. In Jesus man lives out total abandonment in the Father’s hands, an abandonment which traverses the whole experience of abandonment, ‘My God, my God, why have you forsaken me?’ (Psalm 21; Matthew 27.46; Mark 15.24); ‘Father, into your hands I commit my spirit’ (Psalm 30.6; Luke 23.46). The Latin liturgy underlines the emptiness of Holy Saturday, this ‘great silence’ which introduces the Easter night, where ‘man meets God’, or the alliance enters upon the path of its nuptial fulfilment.

For the Christian the Risen Christ is the ideal exegete of the Bible. He invites us, as he did for the pilgrims to Emmaus, to begin ‘by Moses (the Pentateuch) and all the prophets (the prophetic and historical Books)’ to allow us to be instructed by him in everything that concerns him7. ‘Bend the ear, holy, believing Church. Receive the two Testaments, radiating light. They give you life without end. They witness to a single truth’ (Syrian Liturgy). 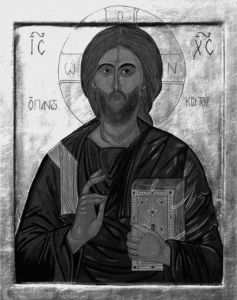 Use of the Jewish liturgy can in some cases be disappointing, because it is too scrupulous in small details, in other cases it is exciting because it seems to lead to the Gospel. In this confrontation we are invited to learn to respect the Jewish reading for itself, even its differences from the Christian reading, and to deepen our Christian reading by marking the threshold crossed by the life, death and resurrection of Jesus Christ. Thus the Hebrew mentality teaches us to put the two readings face-toface with each other, an experience which we undergo already a little with the four Gospels, which speak of the same events in a different and sometimes contradictory way. This confrontation teaches us to listen to the way in which the Word of God can resonate infinitely in the ‘empty space’ (Exodus 25.22) between the first alliance (which was never to be revoked, Pope John-Paul II would say) and the alliance renewed and brought to its fulfilment in the Risen Christ, a space in which is written all the complexity of man and the infinity of the Mystery of God. This is the space where rests our lectio divina and our prayer.

[1] David Banon, Les Voies de l’Interprétation midrashique (Seuil, 1987).
[2] The first translation of the Bible was made into Greek by the Jews of Alexandria in about 300BC. It was primarily this translation that the Fathers of the Church knew.
[3] Such as the destruction of the Temple of Jerusalem in 70 and the entry of a throng of gentiles into the Church, which led to the emergence of two antagonistic religions, Judaism and Christianity.
[4] A tendency already present in the exegesis of Philo of Alexandria.
[5] If the Church is a substitute for the Jewish people in the inheritance of the promises, the Jewish people becomes superfluous.
[6] Jewish mysticism gives this withdrawal the name Tsimtsum. This notion is linked to the concept of hiddenness: ‘truly you are a hidden God, God of Israel, the Saviour (Isaiah 45.15)’. God ‘withdraws’, ‘hides’ to leave man the space and time to look for him in love. It is he who looks for us and finds us. In the Syrian tradition the Christian is called someone who has been ‘found’ by God. All this can clarify the notion of kenosis in the New Testament (cf. Philippians 2.6-7). St Isaac the Syrian says of the mystery of the Incarnation that ‘humility is the vesture of divinity’ and that ‘God descended from his height and by humility recovers his greatness and his glory, so that creation is not consumed by the sight of him, otherwise there would have been no meeting’ (Isaac the Syrian, Ascetical Discourse 20).
[7] Luke 24.27. Verse 44 mentions ‘Moses, the prophets and the psalms’ – these last indicate also the Books of Wisdom.