We have 78 guests and no members online

THE FOUNDATION
OF TWO ECUMENICAL BENEDICTINE MONASTERIES
IN THE UNITED STATES

It is now forty years since Vatican II concluded, and Pope Paul VI entrusted the ecumenical movement to the monastic orders in a special way, because monasteries form a bridge between Catholicism, Protestantism and Orthodoxy. Monks and nuns are the heirs and direct witnesses of an undivided Church, since they existed before the East-West schism and before the Protestant Reformation.

The ecumenical path of two female Catholic monasteries in the USA has led them to become non-canonical ecumenical monasteries. The first is the Monastery of Holy Wisdom in the suburbs of Madison, Wisconsin, and the second is Dwelling Place Monastery in the mountains of East Kentucky, near the town of Martin, KY. To be an ecumenical community means that the community can admit women of every Christian confession as full members. In each community every woman can be a member, while still belonging to her own confession. Before this, in its capacity as a Roman Catholic monastery, each community could admit only Catholic women, and the community lived by the Canon Law of the Roman Catholic Church. 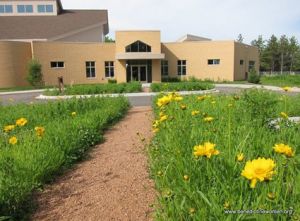 For the community at Madison it needed forty years to move from being a Catholic monastery to being an ecumenical monastery. This was a slow and well-researched process, which involved a good number of people, openness, risk-taking and the willingness of other female communities to help and remain in good relationships with the ecumenical monastery. 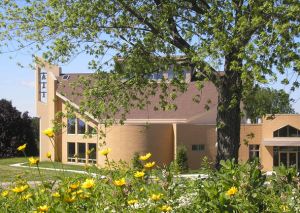 Since 1966 an ecumenical vision has guided the community of Madison in all its initiatives. In 1992, after a long period of prayer, consultation and discernment, a visionary process guided the sisters to conceive the idea of becoming a new ecumenical monastic community, living by the Rule of St Benedict. In 1999 the sisters founded the Benedictine Women of Madison, an independent ecumenical community. In the same year they received their first member, an ordained Presbyterian woman, who has now made her solemn vows. In 2006 the process of canonical dissolution of the Catholic monastery was undertaken, and soon afterwards the three sisters made monastic profession for the ecumenical monastery. This presupposed a dispensation from their canonical profession in order to be able to renew their profession for the Monastery of Holy Wisdom. 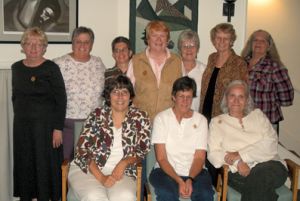 Dwelling-Place Monastery lies in the part of the USA called the ‘Bible belt’, where Catholics are in a minority. A specialist in ecumenism observed that ‘a religious organization can work in this area only if it has an ecumenical vision’. The sisters of Dwelling-Place Monastery have been involved in ecumenism ever since their foundation in 1982. In addition the sisters look after the mountain folk, and especially the poor, in different ways. 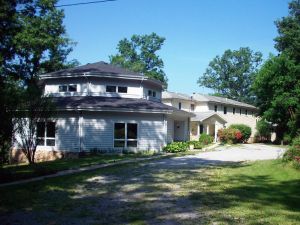 At the beginning of 2005 the monastery began the various legal and canonical procedures already described. In 2007 the sisters of Dwelling- Place Monastery entered on the process of canonical dissolution and were dispensed from their canonical profession. At the beginning of January 2008 the sisters renewed their profession for the ecumenical monastery. Already several women of different Christian traditions have discerned a possible vocation to these ecumenical communities.

Although the legal status of the monasteries has changed, the community life and prayer of the sisters has not, since they continue to live for God and to seek God together according to the Rule of St Benedict. What has changed is the way of living a monastic life based on the Rule of St Benedict, a manner of life open to women of different Christian confessions and ecclesial communions. Just like the monasteries in the early years of Christianity, the Monasteries of Holy Wisdom and of the Dwelling-Place are living witnesses to the prayer of Jesus ‘that they should be one’.