Welcome to the Alliance for International Monasticism

Project 6637 - Acquisition of a tractor 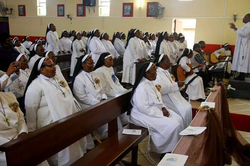 At the request of Bishop Thomas Spreiter (osb), Apostolic Vicar of Eshowe, the Benedictine Missionary Sisters of Tutzing have begun to recruit local candidates to establish a local community of sisters under the rule of Saint Benedict. The first candidates were accepted on December 29, 1929. Sister Victorine Mandl, a Benedictine missionary from Tutzing, was in charge of the formation of these candidates.

Sisters TwasanaThe Propaganda Fide Congregation officially recognized the newly founded Benedictine community of African sisters in its text of December 5, 1933, which included the authorization to open a novitiate. On January 3, 1985, they elected the first superior, Sr. Johanna Ntuli, from among their own members. The parent company, Twasana, is located 80 km from Vryheid (Kwa-Zulu Natal). Next to it is a secondary school (and boarding school) for girls run by the sisters. The sisters have six other mission houses.

Many sisters have apostolates in parishes, schools. They have a farm that allows them to support themselves, but also to help the local population by offering them work or food at low prices.

The tractor used for the sisters' farm is no longer usable, as the expenses for its repairs are becoming more and more expensive. The sisters urgently need to acquire a new tractor to continue working on the farm and help the local population. 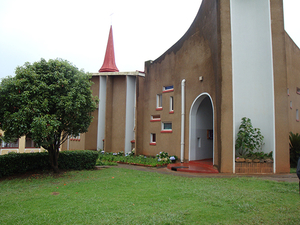 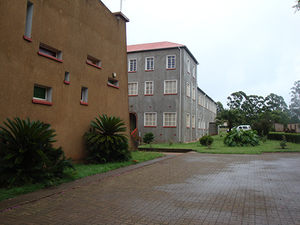 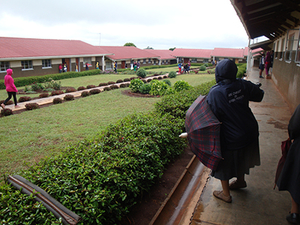 Viktor Dammertz, osb, a German bishop emeritus of Augsburg, former abbot-general of the Ottilian congregation and former abbot-primate of the Benedictine confederation died on 1 March 2020 in Sankt Ottilien (Upper Bavaria) at the age of 90.
OSB

The Vatican has announced that Pope Francis has appointed Father Elias Lorenzo, osb, of the American Congregation of Mount Cassin, as Auxiliary Bishop of the Archdiocese of Newark, New Jersey. Bishop Elias served as Prior of St. Anselmo for five years before being elected Abbot President of his congregation. St Mary's Abbey

Mother Marie St-Pierre, Abbess of Notre-Dame du Bon Conseil (Archdiocese of Quebec, Canada) since 1989, having reached the age of retirement mentioned in ST 40.A of the Constitutions, presented her resignation to the Abbot General. With the consent of his Council, the Abbot General accepted the resignation which became effective on May 18, 2020.

As a result of the postponing of the General Chapter to September 2021 the following points are brought to the attention of the members of the Order:

In September 2019, during the Regular Visitation of Dom André Barbeau of Val Notre-Dame assisted by Dom Michael Ryan of Bolton, the community of Prairies, in accord with CST 67, voted for its suppression.

Letter of the Abbot General OCist for Easter 2020

We have 152 guests and no members online