We have 155 guests and no members online

The journey of one who has been called ‘a father of the desert in the modern age’ began about seventy years ago in Cairo, when a young man, less than thirty years old, sold his house and car, gave up the two flourishing pharmacies of which he was proprietor, and distributed the money to the poor. He withdrew into the poorest and most forgotten monastery of Egypt, Deir Amba Samwil, inhabited by a few ancient, sick monks. The journey of a young monk who took the name of Matta el-Maskine, Matthew the Poor, began when all trace of one named in civil life Yussef Iskandar, born in 1919, one of the promoters of a movement in the Coptic universities for the renewal of life in the Church in the spirit of the Gospel, vanished. It was the journey of a hidden life which found in its progressive self-stripping the strength to give back to Coptic monastic life and to the whole Church its evangelical character.

Withdrawn, after his years of probation, into the total solitude of a hermitage in the desert near El Fayoum, Matta el-Maskine divided his days between manual labour, prayerful silence and loving mediation on the Scripture, a true disciple of the desert fathers. Like them he soon found himself joined by some young monks who asked him to be their spiritual father. In a rhythm of life which recalls that of the desert in the fourth century, this little group of monks lived the same profound experience of the love of God and the brothers, a very simple existence, fascinated by the Lord, ‘light of the day and star of peace’; drinking at the spring of the love of God, they became one in Christ according to the spirit of the Gospel. 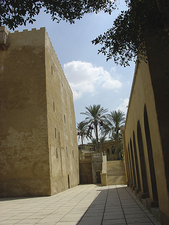 In 1969 this little community left Wadi el Rayan at the invitation of Patriarch Cyril VI, who asked them to transfer to the monastery of St Macarius in the desert of Scete, to re-invigorate it. At this time it was occupied by no more than six monks, aged and of uncertain health; its buildings were falling into ruin, or rather were buried in storms of sand. The new group was welcomed as a blessing, and found the ideal climate for the required renewal. In a few years the monastery was first rebuilt, then grew into its present flourishing state.

More than a hundred monks have snatched from the aridity of the desert hectares and hectares of ground on which, with the help of five hundred agricultural workers they grow fruit and vegetables, while the local inhabitants have the benefit of a free dispensary run by the monks. Besides this, there is a diaspora of émigrés all over Egypt where the biblical and spiritual commentaries of Matta el-Maskine nourish thousands of the faithful.

I never met Matta el-Maskine personally, but feel that I have always known him, ever since I entered monastic life at Bose forty-five years ago. I got to know him because I read some of his writings in 1972. A new novice at Bose, the Prior Enzo Bianchi gave me among other texts an article of Abuna Matta entitled ‘Ecumenism or coalition’, saying to me, ‘This is the ecumenism which we try to live out at Bose, and the monasticism of the Egyptian desert which is our inspiration.’ In October 1985 I had the great grace to be able to pass a few days at Deir Abu Makar with another brother of the community. We were not able to meet Abuna Matta, convinced in his humility that ‘only the meeting with the Lord is fundamental for every Christian and every monk’. But I experienced in person what I had been taught, ‘If you want to see the true face of a monastery, spend a few days there when the abbot is absent.’ Through the life of the monks, and in particular those who were charged with looking after us, I perceived the spirit which had revitalised the monastery of St Macarius. But above all it was through fraternal meetings with Abuna Wadid, a man welcoming and peaceful, that I managed to attain the heart of a personal intuition of Matta el-Maskine. Since this first meeting, preceded by a visit by my Prior, Brother Enzo, other brothers and I have returned several times to Deir Abu Makar to meet the witnesses of a monastic life which takes us back to the essential of our vocation, to draw water from the springs of Christian monasticism and to try to read with other brothers in the faith ‘what the Spirit is saying to the Churches’. 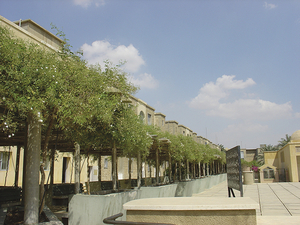 To conclude I feel the need to add something, an idea which I have confided to the current father of the monastery, dear Anba Epiphanius. When I go to Deir Abu Makar I am particularly attracted by the relics of John Colobos, the father of the desert who is most dear to me. There, in the church of Anba Ischerion, I feel transported into the fourth century in the midst of those abbas who have made their lives a page from the Gospel. I had a similar experience in 2007, when I led a group of thirty-seven Catholic monks and nuns of French-speaking West Africa on a pilgrimage to the Coptic monasteries. We had the grace of hearing a meditation of Abuna Wadid on Macarius the Great. Indeed, while I was listening to him speaking about the discernment and mercy of St Macarius I could not be sure whether he was speaking about the celebrated father of the desert or about Abuna Matta. It made no difference to my heart, any more than it did, I imagine, to Abuna Wadid himself.

Ardent partisan as he was of the unity of Christians, based not on sentimentality or opportunism but rather on the strength of weakness, Matta el-Maskine never ceased to search for the ways of peace and communion which find their source in shared submission to the will of God. During the final months of his life he loved to repeat to the brothers who were helping him,

He now rests where his heart always wished to be, in the peace of God. The human and Christian journey of this man, which ended in peace at more than eighty years, was and remains the proof that the monasticism of the fathers of the desert is still alive and fruitful for the Church and for the world.