We have 100 guests and no members online

The Festival of All Saints

The Festival of All Saints

If there is any festival which evokes the spirit of the family it is that of All Saints. It occurs towards the end of the liturgical year, at a time of many festivals of dedication, a festival of the Church if there is any such, a festival of a people of brothers and sisters who make a unity in the Body of Christ, the family of God. In setting up the festival of all the saints the Church encourages not only the path of holiness of each of the disciples of Jesus but also the sacramental building up of the family of God. The Church witnesses by it to its faith in the possible unity of the whole family of people in the heart of our beloved Creator.

The liturgical festival of All Saints[1]

The festival of All Saints has several birth-places in the East and in the West. In the East there appears in the fourth century a festival of all the martyrs, celebrated on various dates, but always near Easter: 13th May in Edessa in Syria, the Friday after Easter at Nicomedia in present day Turkey, the first Sunday after Pentecost at Constantinople.

In the West a festival of all the martyrs is attested at Rome at the beginning of the seventh century, related to the dedication of the church of St Mary-at-the-Martyrs which was established in the Pantheon. Because of the barbarian invasions which had violated the tombs of the martyrs in the suburbs of the city Pope Boniface IV (608-615) had all the relics of the martyrs gathered and brought to this church, whose dedication took place on 13th May 609, so the date already celebrated at Edessa.

In the eighth century a festival of all the saints and later only of all the martyrs is attested in England on the date of 1st November, and in 833 the Emperor Louis the Pious, son of Charlemagne, laid down that it should be celebrated throughout the western Empire. The date of 1st November was chosen to coincide and attempt to Christianise a pagan festivity of Celtic origin, celebrating on that day the ancestors and the beginning of a new year, with lavish meals and licentious rites of re-birth.

In the tenth century Rome adopted both the date of 1st November and the idea of celebrating all the saints at the same time. In this way All Saints became one of the great festivals of the year, with preparatory fast and vigil. The reform of 1969 introduced a new Preface for the Mass, and borrowed from the Parisian Missal of 1738 the prayers over the offerings and after the communion, which express a fine idea of holiness and of eternal life, ‘to live at your side…’. 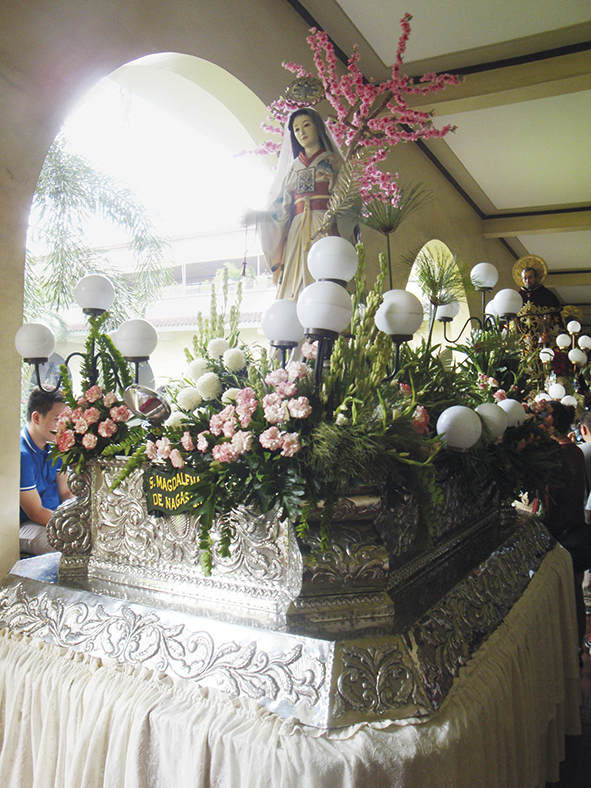 A Festival of the Church

It was an admirable idea of the Church to combine in a single festival the memory and celebration of all the saints. The Church felt that, apart from the anniversaries spaced out through the liturgical year there should be a collective festival which brings together all those whom the grace of Christ has brought people to be what we call saints. An admirable idea, but perhaps we do not fully understand it. We would have a very impoverished and quite inadequate idea of All Saints is we considered it as a sort of prize-giving, awarding a subsidiary prize to the numberless saints who have no special place in the calendar. The purpose of All Saints is not to give a second chance to less well-known or less blessed saints who have no festival of their own, but to celebrate together all the saints of God, from the first to the last.

All Saints is primarily a festival of the Church. The men and women whom we venerate on that day are not simply individuals set next to one another, each of whom could ignore their neighbours. They are the members of the unique people of God and citizens of the unique City of God. They were created not for an individual success which would see them one day ‘raised to the altars’, but to fulfil a function and hold a place in that immense construction which is the Church.

To use a classic image, the saints are the living stones which God uses to build his Church. The gathering of these stones makes not a heap of stones but a Church, a residence for the Glory of God. All Saints is like a dedication of this living Church; the admiration which overflows in the Office is the wonder of the Christian ravished by the beauty of this Church.

For all the candidates for holiness – and every human being has been created to be a saint – All Saints brings to light the relativity of all holiness as well as the complementarity of all the saints. No saint can reproduce Christ other than partially, and every saint reaches the goal thanks to others and in relationship with others. The beauty of a saint is never more than an aspect and an element in the holiness of the Church.

We should also be aware that the Church which we celebrate at All Saints is the Church at its greatest extension. Besides the canonized saints and all the elect who have lived belonging visibly to the Church, All Saints brings together the numberless redeemed who have had with the Church only an invisible or perhaps tentative link. The vast crowd which peoples heaven and of which St John speaks in the reading from the Apocalypse at the Mass, which no one can count, is drawn not only ‘from all nations, tribes, peoples and dialects’, but also from all religions, confessions and denominations. All those who have searched for God in righteousness will be found there, even if in the course of their earthly existence they have not known one another or have opposed one another. They have surmounted the divisions and divergences and found unity.

Therefore All Saints is not merely a festival of the holy Church, but also a festival of the one Church. All those who believe in God and in Christ can celebrate it together in total communion. Placed at the end of the liturgical year, at the end of the long series of ‘Ordinary Sundays’ which mark the progress of the Church in the world, it takes its place as the triumphant outcome of the whole design of God, of the whole work of salvation of Christ and of the whole history of the Church. It is the point at which time ceases before eternity. It is an anticipation of the eternal festival, of this liturgy of adoration, praise and thanksgiving which the elect will never cease to celebrate.