We have 123 guests and no members online

The management of the monastery of Manila

The management of the monastery of Manila

Sister Adelaida is superior of the Priory of Saint Scholastica of the Congregation of Tutzing at Manila. As in other countries, this Priory brings together a variety of initiatives for the development of missionary and evangelical activities. This requires an impressive super-structure which is not easy to handle. Sister Adelaida’s evidence allows the reader to appreciate the complexity of this management-structure on the part of the Benedictine sisters.

The Missionary Benedictine Sisters of Tutzing came to the Philippines in 1906, and there founded the Manila Priory.

In 1975, at the height of the martial law years, during a Priory Chapter, the Priory held a deep and thorough reflection on the social conditions of that time and how we could witness to Christ in our situation.  The result was the Four-Pronged Thrust of the Priory, namely:

2. We must foster a non-institutional social apostolate.  This would include rural missionary work, social work, human development and participatory activities

3.  We must initiate direct missionary work in the Philippines among non-Christian Filipinos.

4. We must continue to send Filipino Sisters to foreign missions.

The Four-Pronged Thrust was a turning point in the life of the Priory. It changed the way we did our apostolate and the way we managed our finances. 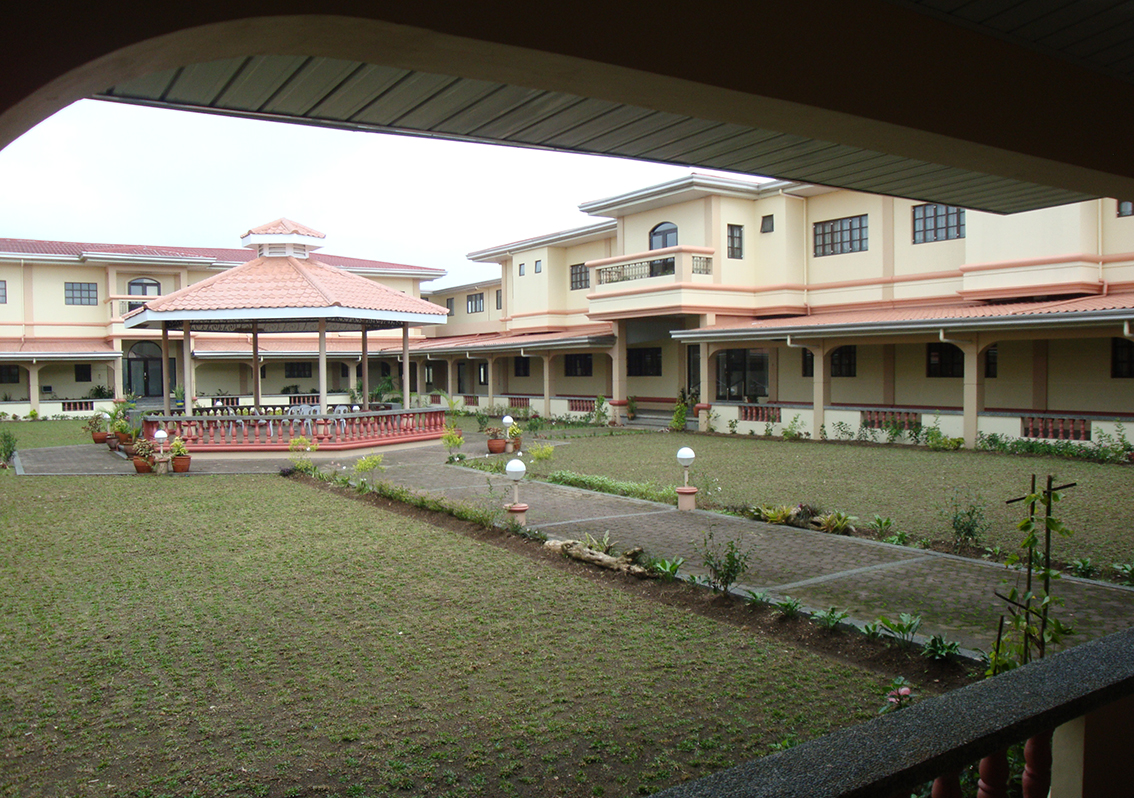 The Organization of the Priory

The Priory Chapter is the highest decision-making body in the Priory. The Prioress, assisted by her council (priory government) governs the entire priory. The Prioress is directly responsible to and reports the business of the Priory to the Generalate in Rome. The expanded council, composed of all local superiors and OICs, is a consultative body of the Prioress and meets twice a year. The expanded council votes on big matters like opening and closing of apostolates and communities, alienation of property, etc.

A Procurator, who is responsible for the overall administration of the goods and financial matters of the Priory, assists the Prioress.

The local communities, under a superior, engage in apostolates entrusted to them in a particular place. The various concerns of the Priory are handled by Implementing Arms, such as the Formation Team for Initial and On-going Formation, the Finance Technical Committee for finance, the Fund Management Board, the Priory Liturgy Committee for Liturgy, and coordinating bodies of the apostolate (Association of Benedictine Schools, Social Apostolate Committee, Health Committee). These bodies report once a year to the Prioress and the Expanded Council Financial Management of the Communities.

The communities are classified into Earning Communities and Subsidized Communities. This classification concerns the fiscal management. And this is how we operate:

1.  At the beginning of the fiscal year, i.e. in May, communities and implementing arms prepare their respective budgets

2.  The budget is forwarded to the Finance Technical Committee (FTC) for review.

3.  If there are problems or concerns about the budget, it is returned to the community or Implementing Arm concerned, for revision. However, if the budget is okay, the FTC will endorse it to the Prioress for Approval.

4.  After the Prioress signs the budget, it is returned to the community. This is the basis for their Performance report.

Receive the Sisters’ contributed services (CS) or “salaries” from the institutions and these CS form part of the community’s income. The communities are encouraged to remit regularly the ESTIMATED excess or savings to the Procurator’s office because this fund is used to run the Priory for the current year. At the end of the fiscal year, the books are closed and the final surplus is remitted to the Procurator’s office. This is submitted together with the final report for the fiscal year.

They request their monthly subsidy from the Procurator’s office through the Fund Management board, based on the budget they submitted or as needed.

At the end of the Fiscal year both the earning and subsidized communities submit their financial report to the Procurator for consolidation. 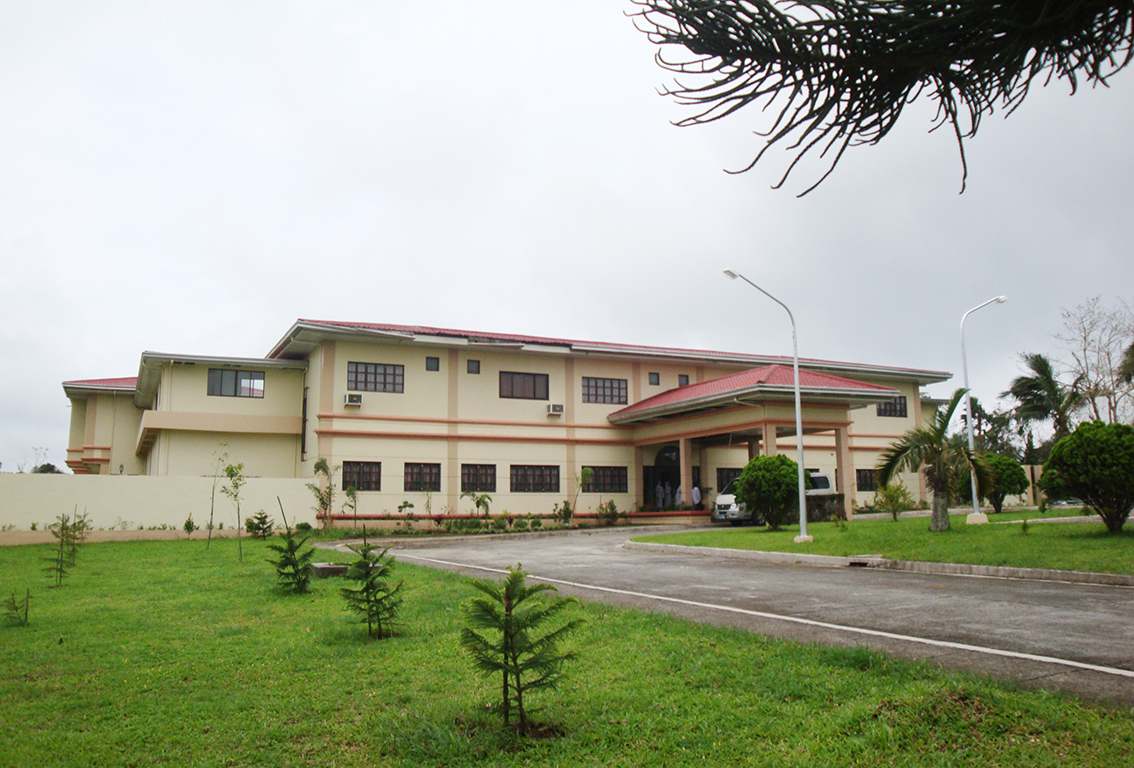 Sources of Funds for the Priory

•  Surplus from different earning communities. This comprises 18% of the total income.

•  Donations, Usufruct, Interest Income etc. make up only 3% of the funds. The honoraria received from giving retreats, seminars, speaking engagements go directly to the depository fund for Retirement.

•  Therefore, the main bulk of the subsidy for the Priory is from the Fund Management Board, which manages the investable funds of the different institutions. In other words, this body looks for resources for the Priory’s needs.
Human Resources affecting the Financial State of the Priory

The average age of the 163 Sisters belonging to the Manila Priory is 65. Of the 125 active Sisters, only 75% receive contributed services or salary. For the Priory to survive, i.e., to become self-reliant or break even in the budget, the earning Sisters must each earn an amount that is totally unrealistic. Compounding this not-so-rosy picture is the fact that the number of earning Sisters is expected to decrease by 20%, more or less, within 3 years.

This year, the Priory runs on an important budget deficit of almost one million Euros. This does not include the apostolates, which have separate financial records. We still don’t know where to source the deficit, given the rarity of good investment outlets and our conservative stance with regard to investment.
So what are our Plans?

1. Responsible economizing or tightening our belts

2. Consolidation of some communities

3. Maximization of profitability of our properties

5.  Solicitation of funding / donations for projects both locally and internationally.

May God, the Source of all good things, give us wisdom and courage to face the tasks that lie ahead so that in all things God may be glorified!