We have 130 guests and no members online

Charitable status should not mask incompetence

Dom Peter Eghwrudjakpor, OSB
Prior of the monastery of Ewu-Ishan (Nigeria)

Charitable status should not mask incompetence
in the administration of monasteries 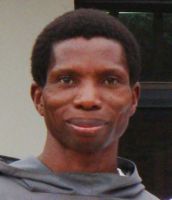 The monastic project is essentially a spiritual one but it also takes seriously the material and temporal goods.

‘St Benedict means business’ – this was a casually made statement by one of the Abbots at the General Chapter of our Congregation. At that time it sounded very funny and trivial because we all laughed and joked about it. But for me, it is a serious and true statement: St Benedict in my view really means business. I have applied this as a matter-of-fact strategy when shuffling personnel in the administration and management of material goods and projects in our community.

That ‘St Benedict means business’, in my view, is a way of saying that St Benedict takes seriously the monastery’s business enterprises, no less as he would consider the spiritual. After all, the goods (and even the tools) of the monastery are to be considered and treated as the sacred vessels of the altar. This is a very important recommendation. Elsewhere, the precise and detailed procedure Benedict recommended for the handing-on of materials, tools and equipment at the end of one’s tenure in any assigned task or given office is also indicative that St Benedict means business. Everything matters, everything in the house of God is important; nothing is to be taken for granted or treated carelessly or irresponsibly.

Thus, for St Benedict, the fact of cloister restriction is no excuse for mediocrity, neither is it a license for incompetence, as I see it. Therefore, it is incumbent upon the administrator of the monastery to see that he/she should find the basic skills and competence for good order and smooth running with a certain degree of professionalism. We can also read this into RB 64 where St Benedict refers to the quality of the person to be considered in the selection of an Abbot. In addition to being an expert in divine law, we can add, and there is certainly room for this, that this person should, at least, also have the good common sense of basic profit and loss, as well as ordinary arithmetic along with sound judgement.

First half of our history

In the first half of our 36 years old monastery, our economy was focused entirely on the land.

At first, it was a case of survival; we needed food. The pioneer monks from Ireland and England started off without any business or economic plan. And there was no cash voted for the establishment of the new foundation. These monks were just open to grace, 100%. These were saintly men in every way. How to survive? They tried hawking books, helping in village ministries and Mass stipends, teaching in seminary, anything that could bring in some few Naira. Against this background agriculture was indeed a saving grace, though it was small subsistent agriculture at that time. There were occasions when all put together, available cash to run the community was grossly insufficient; and we were still on the verge of hunger. Thus, these monks had occasion to travel from place to place, home and abroad, with bowls in hand to prevent us from imminent starvation.

At that time, we were equally forced to work the land, not only for food, but because not to work it might mean losing it. There was the constant threat from the villagers of reclaiming the land if we were seen not to be making good use of it, since it was originally a gift from them.

The latter half of our history was characterized by exploration on different fronts. At this time the foreign monks were almost completely gone, and the Nigerian brethren, already beginning to take responsibility for the life of the community, had nowhere to turn to; so inward looking in search of possible solution came very naturally. It was an unconscious move which sprang up out of desperation. We had to survive. The cash available was always very small, and had to be managed carefully, to the extent that when ideas came up for experimental projects which we thought could generate funds, our thinking and our designs had to be tailored according to our purse. Thus, we necessarily had to begin small.

At that stage it was a case of exchanging our skills for cash, but how could we effect this exchange? How could we explore our environment and make it yield cash? At that time, it was not clear this was what we were doing, since it wasn’t like a community gathering to discuss a strategy. But this was what happened.

We have been producing bread for our table. We had a very unique and exclusive formula; why not increase the production so that it could be marketed? It was obvious that people would like our bread and many would buy. So we got started in this way, with what we knew how to do best. We did the same with our jam and even saved a lot of surplus fruits we couldn’t consume in the first place.

We have a fairly large palm-oil plantation. We harvested the palm nuts, and processed and produced palm oil and palm kernel oil for ourselves of course, but used the surplus for the market. We also realized that we could get some cash from a little more professional running of our guest / retreat house, which we had run as a pure charity in the first half of our history. At this stage we got into directed retreats for priests and religious who had to pay a fixed rate for the services. In this too, we realized that the theological studies of some of the brothers could become an additional avenue for generating revenue.

Our monastery is in a forest. With so many herbs on the grounds of the monastery, the brothers started exploring herbs and the traditional African medicine, by investigating the curative values of different herbs. This also started very small, nothing significant, and nothing ambitious. Today, however, this project has re-generated itself into a multimillion Naira business enterprise spread across the county. It now includes a department of botanical studies and various other areas of specialization which include pharmacy, microbiology, laboratory sciences, apiary, soap making, herb processing and preservation, bottle production and bottling, and so on.

The artist knew he too has to convert his artistic work into cash by producing some of his works for sale. In the same vein, the candle-maker went beyond just producing candles for our own liturgical use, and started producing them for the market. And all of these were much appreciated by the public especially with our uniquely Benedictine branding: ‘Pax’, ‘Peace’. In this atmosphere, the brothers at the poultry-house knew the poultry had got to be, not just self-sustaining but also revenue-generating. The same was true for the brothers working in the fields with agriculture and soil cultivation.

Now we have periodic reviews of all our economic enterprises along with financial reports. These are occasions for accessing what is going on in the different departments, and the brothers are free to comment and make suggestions. In this forum if a department is viewed as not measuring up to the community’s expectation, and it is confirmed as lacking in competence, re-shuffling and change in personnel can be very helpful.