We have 218 guests and no members online 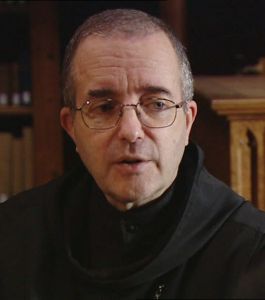 In countries where there is a  long Catholic tradition people often lament the condition of the Church. However, do those who are uneasy in this way take into account the general evolution which we are witnessing today, and  within which the  Catholic Church is trying to make headway?  In fact the countryside is changing, institutions of the rich countries are collapsing, life there seems to be confined to  a materialism which justifies itself as an agent of economic and social development. Nevertheless a gulf is opening between those who can profit from this situation and those who suffer from it, dissatisfaction is setting in and there is a  stronger desire than ever before to find a meaning for such a state of affairs. Basically, in such countries enlightened minds are well aware that this system is reaching the end of the road, and that this world is disappearing, to be replaced by another whose contours no one can pick out.

The countries of the southern hemisphere do not  have exactly the same view of reality. Of course many labour under bad conditions of life, but their youth and their dynamism are impressive. They seek to develop ever new perspectives and to conquer the obstacles which stand in the way of such development. Cynically, the great national and international powers often profit from the condition of developing countries, either by cheap exploitation of their labour force or by pillaging them in the knowledge that they are less able to make full use of their own resources.

The phenomenon of globalisation creates a mix of national cultures in order to justify the worst features of human financial or material behaviour. Nevertheless it is hardly realistic to consider the world as a single entity enriched by free exchanges of the talents of different nations. Unfortunately this ideal of worldwide free exchange at the  material or cultural level has never attracted a generous response from either public or private authorities. There is no mistaking the fact that the thirst for power generates corruption, the principal enemy of a healthy development of human society.

The Catholic Church, spread as it is over all the continents, is bound to be confronted with all these questions. Pope Francis, in common with all his predecessors and many other bishops all over the world, loses no opportunity to denounce the evil effects of the system. Monasteries too have an important part to play in this concern of the Church, for monastic communities make no sense in Christianity unless they are part of a whole larger than themselves and made up of many different vocations. The monastic network is no less distributed over all the continents and can play a full part in the task of the Church by being based on the logic of fraternal diversity, both within and beyond  the  monastic orders.

In this perspective the Catholic Church and monasteries can make a particularly welcome contribution to post-modern society. The agonies of individualism and its consumerist logic are called to give way to an open- minded community perspective where fraternity and sharing can have the last word in opening up the future. Of course ecclesiastical and monastic communities, even if they encourage mutual links, fully recognize the importance of the matter and the need for divine inspiration if they are to achieve anything. Finally, the great challenge of modernity is to find the equilibrium between individual and community needs. This is where an organisation such as the Alliance for International Monasticism can play an important part. For five decades now the AIM has been linking monasteries of different countries together and helping the development of monastic foundations over the whole planet, and especially where monastic life did not yet exist.

The most recent Congress of Benedictine Abbots fully emphasized this function of making a  link between all monastic communities. For the AIM it is not simply a matter of being a grant-giving body from the northern to the southern hemisphere, but rather of presiding over a mutual exchange between  monasteries of the richness of all the orders, and in this way to work for an awareness of and assistance to the birth of a new world constituted by fraternity and sharing. In this the most important place is held by formation. It is important to stress also that the AIM does not confine itself to Benedictine monasteries, but involves also those of the two Cistercian orders. Female Benedictines and their own organisation (CIB) have their place in this as well, and such an organism as DIM-MID (Monastic Inter-Religious Dialogue), to which the AIM has given birth, has also an important role to play.

In this issue of the Bulletin of the AIM it is fitting to pay tribute to the work of Dom Martin Neyt, outgoing President of the organisation. In the name of the whole team of the AIM it is my pleasure to convey our warm and fraternal thanks to this great witness to monastic values. In addition there will be found  both the conclusions of the executive Committee, of the Council of the AIM and of the Congress of Benedictine Abbots with regard to the future of the AIM. There are also texts from the Abbot Primate, Dom Notker Wolf, and from the Abbot General of the Cistercian Order, Dom Mauro-Guiseppe Lepori, on this question and more generally on the future of monastic life. The next issue will provide a piece from the Abbot General of the Trappists, Dom Eamon Fitzgerald. The AIM is indeed an organisation which links the orders together.

In order to prepare the discussions of the Council of the AIM in November, the international team has worked on a text put forward by Dom Paul Stonham on human fragility and the  heavy burden of structures in our monasteries. This present bulletin gives the  fruit of this work. The results of the work of the Council on this question will be communicated later. For the first time this issue considers a  question which is important for monasteries, linked to the evolution of mentality at the present moment. I mean the phenomenon of migration. This has profound consequences for the equilibrium of groups. More especially, the  author considers the condition of women  exploited by  networks which promise them the world, and by these means makes them move to another country for long periods in search of a better future for themselves and their families – a  promise of happiness which is never realised. Of course there is also news about different regions, presented by members of the international team appointed to  accompany communities of that area, as well as other items of news.

We would like to thank everyone for the confidence and dynamism which allows the AIM to advance along its path with pride in what has already been achieved and  in hope for a future which only God can know.

Dom Jean-Pierre Longeat was born at Limoges (France) in 1953. After studying music in Paris he entered the monastery of Ligugé in 1975. He completed his theological formation at the seminary of Issy-les-Moulineaux and the Institut Catholic of Paris.

At Ligugé he was first Guestmaster, then Novice Master. He was ordained priest in 1986 and became Abbot in 1990. As Abbot he was for many years councillor to the President of the Solesmes Congregation and in this capacity made a number of regular canonical visitations all over the world. He has a long-standing link to an association of street children in Senegal which the Abbey of Ligugé continues to help in various ways. He animated and spoke at sessions especially in West Africa, and he has organized a music festival which brings together many performers of international reputation at Ligugé and the surrounding towns. He is the author of three books on monastic life and has recorded two CDs on the oboe. He recently published an oral commentary on the Rule of St Benedict and he is currently engaged on another audio-book on the Trinity. Early in 2014 he will publish a book entitled, ‘Toi qui a soif de bonheur’, a profession of faith against the background of human experience.

Abbot Jean-Pierre has recently retired from his charge as Abbot after 23 years. He has been a member of the Council of the AIM for more than ten years and is now devoting himself to the service of this organisation of which he has become President for a renewable period of five years. He maintains his office as President of the Conference of the Religious of France until 2016.