We have 93 guests and no members online

The film ‘Of Gods and Men’ of Xavier Beauvois sets out to show what the community of Tibhirine lived through during the final three years of their life at Tibhirine – three years during which Algeria was plunged into a spiral of violence. I visited our brothers towards the end of this period, in January, 1996.

Dom Christian de Chergé, the Prior, had asked the Abbot General to go himself to visit them or to send someone else in his name. Dom Bernardo Olivera appointed me for this task. I was the only member of the Cistercian Order to visit them during these three years. What Christian wanted from this visitor was, first of all, to make the point and evaluate with the communities the decisions taken in the course of the preceding years, and also to prepare with the brothers for the prioral election which was due to occur a few months later. Each monastery of the Order normally receives every two years a visitation, called ‘Regular Visitation’, from the Abbot of the mother-house, called the ‘Immediate Father’. As Tibhirine had not received such a Regular Visitation for quite a time, the Immediate Father of the community asked me that my visit should at the same time constitute the Regular Visitation for that year.

At the end of a Regular Visitation the visitor leaves for the community a document, known in Cistercian jargon as a Visiting Card (in Latin Carta Visitationis) in which he draws the conclusions of the visitation. The Visiting Card for Tibhirine in 1996 is given below. I make it public for the first time as a tribute to what our brothers went through. The text published here is that which I read out to the community, in the chapterroom of Tibhirine on the morning of 19th January, 1996, without the slightest change. 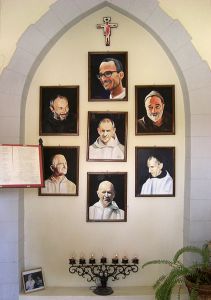 Visiting Card for Tibhirine for the year 1996

The essential element of a Regular Visitation is not the document called a Visiting Card which the visitor leaves for the community, but the visitation itself, that is, that a brother visits the brothers. It is a joy that I have been able to spend a whole week in each of your two monasteries, and it has been an occasion of grace for me to visit you at this important moment of your history.

To reach a good understanding of this moment of the history of your community it is necessary to put it in the general context of its gradual planting in Algeria. Planted in a French Algeria, your community was able to pass through the war of independence. Having duly escaped closure, it was reconstituted with the help of monks from various communities. Gradually in the course of this history your community put out deep roots in the soil of Algeria and its people.

More recently, in response to an appeal from the Church of Morocco, you established a daughter-house which constituted in this other Muslim country a Christian presence similar to your own here. In human wisdom this division of your strength could seem imprudent. However, the gradual insertion of this little monastic cell into the Church and society of Morocco seems to fit into the divine plan. In any case, throughout the present crisis in Algeria this annex served and continues to serve as a possible ‘landing-place’ in the case of your being compelled to leave Algeria – rather like the many refuges which the monasteries of France opened in America and elsewhere at the beginning of this century, many of which subsequently became foundations. To maintain this annex without unduly impoverishing your community at Tibhirine will certainly need serious discernment on your part in the course of the coming years.

Brothers of Tibhirine and brothers of Fès, you form a single community living, in two distinct places and fairly different circumstances, the same Cistercian charism and the same dialogue with our Muslim brothers. To you, brothers in Morocco, I left some written reflections and recommendations in November, which will be annexed to the present Visiting Card. Allow me now to address the brothers in Algeria.

Dear brothers of Tibhirine, the events of the last four years have brought turmoil to you particularly. After the drama of the assassination of twelve Croats at Tameguida, a mere 4 kilometres from the monastery, and the visit of the mountain folk on the night of Christmas 1993, you took some important decisions, and in particular to remain here. You took these decisions in prayer and dialogue, and in the course of your discernment conducted by your Prior, whom you respect and appreciate, you also listened to the diocesan pastor of your Church. It seems that this process of discernment and the importance of the issues united you to one another at a deep level. You are a very united community, despite your considerable personal differences and your diverse places of origin.

You belong to a local Church which has suffered much, having lost a considerable number of its members through emigration for Europe, and has been enriched by eleven martyrs. You have been in close contact with what this Church of Algiers has been through; it has been in close contact with you through its bishop and the parish priest of Médéa. It was a joy and an occasion of grace to have your bishop, Mgr Henri Teissier, among us for one day in the course of the Regular Visitation. 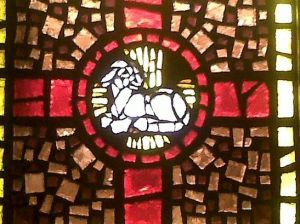 You are equally close to the suffering of the Algerian people, which you carry in your prayers. The ministry of your medical brother to the people, without distinction of their political allegiances, has surely contributed a great deal to maintaining and even reinforcing these bonds. The present experience of working with local people in the use of your land is also a fine way of sharing and of fellowship. Although people close to you have known violent deaths – a fate which thousands of Algerians have undergone – this has not brought you extreme fear. Certainly it has preoccupied you and surely brought fear into your hearts, but the Lord has enabled you to carry this with serenity. There is a witness, a martyrion, which as Christians and as monks you have been called to give. It is a witness of generosity supported by the observance of your life and your prayer, of love and community. When heroism is asked of us, it consists not in doing anything out of the ordinary, but in continuing to do the ordinary things even when circumstances have changed and bring with them the possibility of tragic consequences.

Through all these events you have continued to live a regular and normal monastic life: the divine Office celebrated prayerfully and with dignity, attended with great regularity by all; lectio divina seems to be well lived by all; solitude increased by the almost total closure of your guest-accommodation, which nevertheless does not impede a close fellowship with your immediate neighbours; work, which has been obliged to take on new forms.

Even today your situation is not without danger. You are living this danger with serenity and maturity. I do not believe that any of you wants a violent death, but I have no doubt that each one of you has accepted it as a possible consequence of your decision. This serene acceptance gives you a real peace.

You must know that, through you and your brothers of Fès, the whole Order continues to witness in this corner of North Africa, which received the Christian message in the earliest Christian generations, and which knew such a flourishing Christianity in the age of Augustine of Hippo.

The Lord has protected you, not only because you are all still alive and have not been forced to leave, but also because you have become a more close-knit community, and because your links with the local population and Church have become more solid than ever before. In the logic of Christian history the Church of Algeria, which will emerge from this crisis like a little remnant painfully pruned, is sure to emerge from it with a renewed spiritual dynamism. You will have an important role to play in this, as contemplative monks open to dialogue with Islam. Your community has been called to be like a seed sewn in the soil of Algeria which will surely continue to bear fruit very slowly, in God’s own rhythm.

As for recruitment, you must remain open to receiving vocations, and you must have faith in your ability to hand on to them the monastic tradition. At Tibhirine you have inherited relatively important material structures, even though more than thirty years ago you were deprived of a very significant part of your property. You must be faithful administrators and continue to keep your buildings in good condition and look after your property in accordance with the Cistercian tradition. The current economic situation is very precarious for you, as for the whole population of Algeria. You are looking for new sources of income, and you must undertake a certain reorganisation of your economy. Obviously, however, this reorganisation will depend on the evolution of the general situation in the country during the coming years.

In the course of this Visitation we have had occasion to celebrate three monastic memories, representing three important phases of our tradition: Antony, representing the charismatic moment of desert monasticism, Maurus and Placid, representing the beginnings of the Benedictine tradition, and Aelred, witness to the properly Cistercian tradition and its profoundly human character. This Visitation is concluding at the moment when the Week of Prayer for Christian Unity is beginning, a unity which can make progress only in the framework of an ever more open dialogue between all Christians and their brothers and sisters of other non- Christian traditions, beginning with two great monotheist traditions, Israel and Islam.

In conclusion, I assure you of my prayer, asking God to continue to you and enlighten you as he has done up to now. During this Visitation I have especially wanted to confirm you in fidelity to the graces you have received. I do not think this will make you proud, because you yourselves know that you are not perfect. But I believe that your community is spiritually and monastically at one of the best moments of its history. Doubtless you stand in need of conversion, but for you the best conversion will consist in applying yourselves to live ever better and more intensely what the Lord has already given you to live: a community life united by bonds of love, affection and respect toward your Prior, whom the Lord has upheld and guided during these difficult years, a life of continual prayer and earnest celebration of the Opus Dei, serious work to earn your living, and finally an openness to dialogue with your neighbours in prayer and service.

As Visitor, and especially as the first to visit you since the beginning of the present crisis in the country, I feel that I speak to you in the name of the Order. It is a word of thanks to God who has protected you and guided you, and to whose call you have responded with courage. It is a word also of encouragement. I count also on your prayers.